The brief descriptions below are designed to familiarize you with our staff's training, professional credentials and work experience. 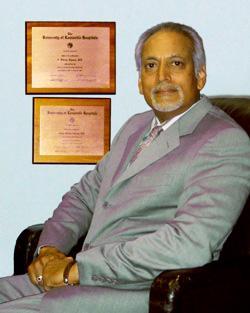 Vikram Jayanty, M.D., P.A., is a gastroenterologist with over 30 years of experience. He delivers high-quality and compassionate care to his patients at his medical practice, Vikram S. Jayanty M.D., in Houston, Texas.

He completed his training in internal medicine and fellowship in gastroenterology at the University of Louisville in Kentucky. After graduating, Dr. Jayanty taught gastroenterology fellows at Baylor College of Medicine in Houston, Texas. He also served as a clinical preceptor for medical students at Baylor College of Medicine and the University of Texas Health Science Center in Houston, Texas.

At his practice, Dr. Jayanty treats adults and adolescents with gastroenterological problems. He uses state-of-the-art equipment to perform endoscopic studies for diagnosis and treatment at his in-house ultramodern endoscopy suite.

Dr. Jayanty offers numerous services to his patients. He will also recommend new treatments and refer patients to other specialists, if necessary.

Dr. Jayanty is a people person who enjoys communicating with his patients. He comes from a family of physicians, including his father and his only sister, and is proud to continue a tradition of helping people heal. 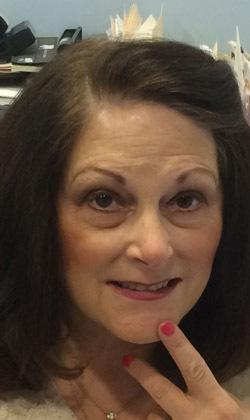 Terry Jayanty functions as the Office administrator at our Practice. Terry has worked with Dr Jayanty since 1988 when he went into Solo Practice. She is in charge of all administrative responsibilities including insurance and personnel management. Terry graduated from the City University of New York-Brooklyn College where she majored in Elementary Education. Upon graduation from college she worked in various capacities within the medical and insurance industries. She is basically self-taught in the skills of Office Management, Health Insurance and through numerous management and insurance billing courses has developed the skills to run the daily practice of a busy gastroenterology office. Terry is married to Dr. Jayanty and they have raised six children. Terry enjoys spending quality time with her family and her hobbies include gourmet cooking and travel along with being a film aficionado and reading great literature. 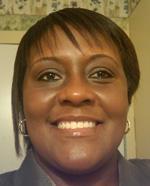 Since 2002, Celestine has worked for Dr. Jayanty as an Endoscopy Technician and Medical Administrative Assistant providing services in many areas for his patients.

She earned her Administrative Medical Assistant certificate from the Texas School of Business and worked six years for the Macgregor Medical Association as a floater in various specialties.

Celestine is a mother of four: two daughters and two sons. She is also a grandmother of five. She enjoys listening to music and collecting coins, angels and crosses. Most of all she enjoys spending precious time with her adorable grandchildren.

Celestine is also very active in her church.

Anant Patel has worked for Dr. Jayanty since 2016; he earned his Bachelor’s degree in Genetic Engineering from Cardiff University, UK and an International Masters Degree in Bioinformatics from Chalmers University of Technology, Sweden. Prior to transitioning to clinical research Anant was a life science specialist and had worked for successful corporations all over the world.

Anant has extensive experience in clinical research spanning from the patient all the way to the sponsor. He assists Dr. Jayanty in performing quality-focused clinical research at his private practice; together they are constantly looking for new medical breakthroughs in the field of gastroenterology.

Anant is a native of Birmingham, England, UK, and has lived all over the US, it wasn’t until 2012 that he finally decided to settle down in Houston. Anant’s family consists of his wife Rachana a native of India, they have been married since 2011 and together they have one son, Dhruv, who was born in NC, 2012 and one daughter, Ava, who was born in TX, 2016.

When Anant is not concentrating on the research aspects of patient care, he is taking pleasure in his hobbies, which include notaphily, swimming, soccer, badminton, movies, international travelling and spending quality time with his family.

You can reach Anant with your clinical research questions at: anant.patel@workmail.com