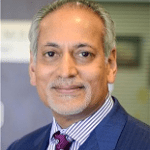 What is Crohn’s disease?

Crohn’s disease is a disorder that causes severe tissue inflammation in your digestive tract. The inflammation usually occurs in the end of the small intestine and the start of your large intestine. But it can appear at any point from your mouth to your anus.

Crohn’s disease inflammation can come and go. Many people with the disease experience flare-ups followed by remission periods that can last months, even years.

The cause of Crohn’s disease remains unknown. Research indicates that genetics, environment, and abnormal immune response might contribute to the cause.

What are the symptoms of Crohn’s disease?

Crohn’s disease causes gastrointestinal symptoms that can range from mild to severe. The exact symptoms can differ based on the affected part of your digestive tract. Some common symptoms include:

Some symptoms of Crohn’s disease, like abdominal cramps and diarrhea, can also point to other disorders and diseases, including irritable bowel syndrome (IBS), ulcerative colitis, and colorectal cancer. A diagnostic evaluation at Vikram S. Jayanty M.D. can determine whether you have Crohn’s disease or another condition.

How is Crohn’s disease diagnosed?

Although there’s no specific diagnostic test for Crohn’s disease, Dr. Jayanty can evaluate your symptoms and medical history to determine which tests you need. You might need several tests to rule out other disorders. Standard tests and procedures include:

What is the most effective treatment for Crohn’s disease?

Dr. Jayanty can prescribe dietary changes, nutritional supplementation, and lifestyle changes along with medication. Some of the drugs and therapies that can effectively reduce Crohn’s disease symptoms and decrease the frequency of flare-ups include antibiotics, steroids, immunosuppressants, and biologic therapies.

If medication doesn’t adequately ease your symptoms, or you develop a complication like a bowel blockage, fistula, or abscess, Dr. Jayanty will likely recommend surgery to remove the severely inflamed areas of your digestive tract.